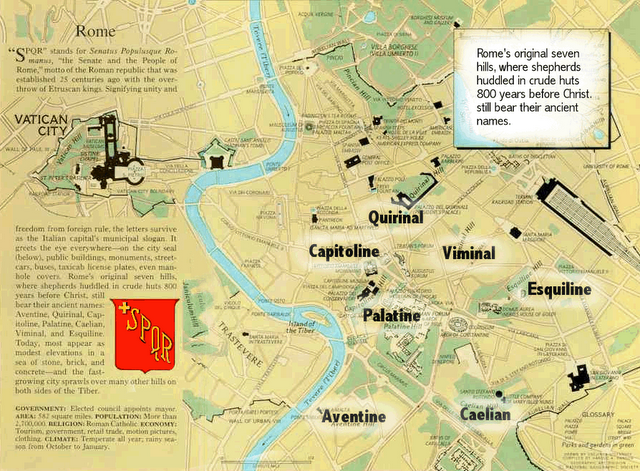 FIVE.IDENTIFICATIONS_  JEFF.IN  V-9 N-5  SUNDAY_  60-0911E
51 And on down here, it said, "The seven heads which was on the beast, is seven hills on which the--the city setteth." Now, what city's built on seven hills? Rome (It's exactly.), a city setting on seven hills: a church, a woman, a prostitute that'll control the world with her powers. Why, it's just as plain as reading the newspaper. See? Certainly.

QA.IMAGE.OF.THE.BEAST_  JEFF.IN  SATURDAY_  54-0515
175-Q-33    33. What are the Latin words over the Vatican City? We want to know how they add up to six hundred and sixty-six and what they mean.
Well, it isn't over... The Latin--the Latin words isn't over the Vatican City; it's over the throne of the pope where he sets on his throne. It's wrote up there, VICARIUS FILII DEI. If you wish to, in the morning, I'll bring it wrote out, everything, and put it on a piece of paper. And if you want it,
why, I'll bring it to you in the morning, where you can spell it out in Roman letters, VICARIUS FILII DEI. The word means "Instead of the Son of God"; he is the successor to the Son of God."
The Catholic church believes that Peter was the first pope; he was the successor of Jesus Christ. Which that's an error. All right. Then they claim that every pope following him is a successor; and the pope now, it is now, is a successor of Jesus Christ. And there it's wrote up over there, "A successor of Jesus Christ": VICARIUS FILII DEI, wrote on there. Take the Roman letters and just write it (X for ten, V for five, and so forth like that), as you spell VICARIUS FILII DEI, and draw a line, and you got six hundred and sixty-six. 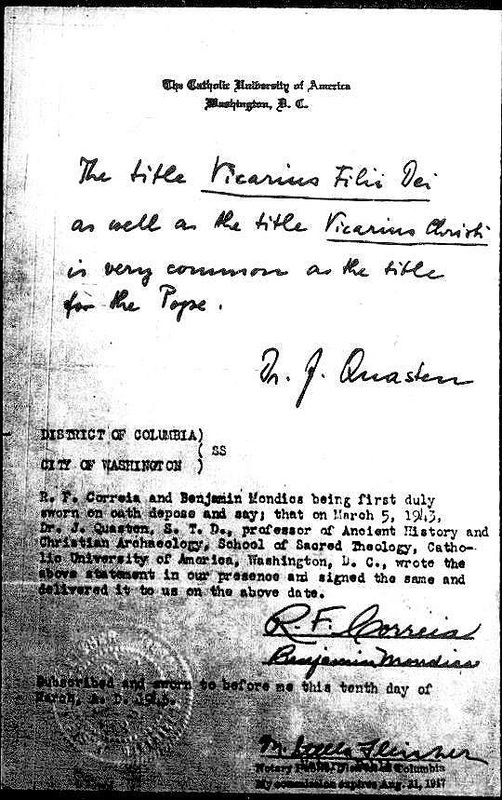 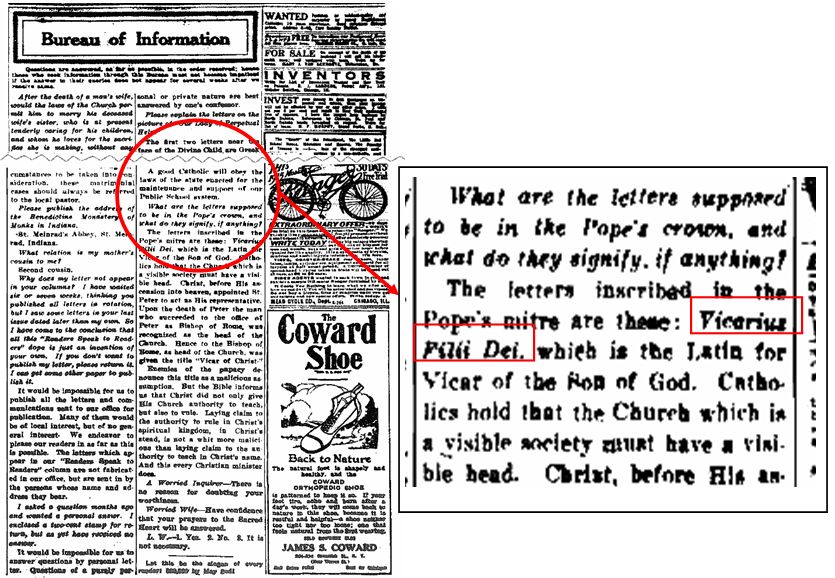 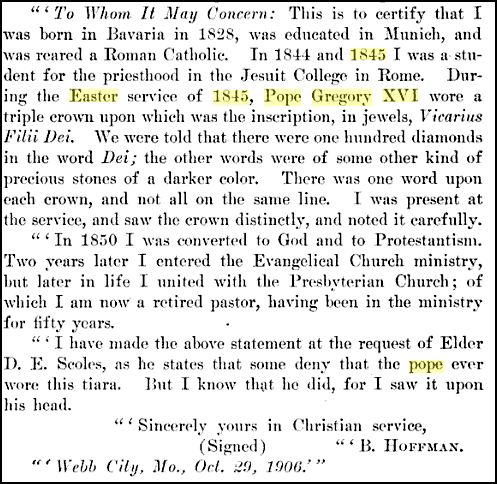